Mr LePotvin liked to tell his stories of searchin’ and killin’ missions in the jungles of Vietnam as an eighteen year old Staff Sergeant paratrooper. A friend of SVC, thought that perhaps, LePotvin was being less than truthful as his Army timeline didn’t marry up with recorded history. So, we were asked to look at a couple of photographic images… 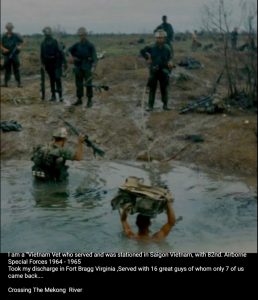 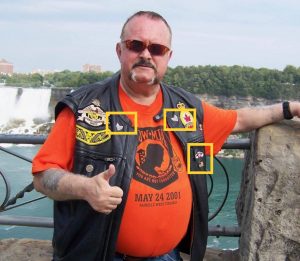 As per our SOP, we contacted LePotvin and asked him to help us sort out the situation and, we received this in return. He then quickly dumped all of his social media accounts however, it ain’t our first time at the rodeo and we scooped up anything of interest before connecting with him…

So, we asked our American Partners at “This Ain’t Hell”, the pre-eminent Stolen Valour (or “Valor”) web site in the United States for their assistance in determining fact from fiction.

Those fine folks easily punched holes in LePotvin’s story and they contacted the US National Personnel Records Center (not Centre) as permitted by US law, to obtain his military records. 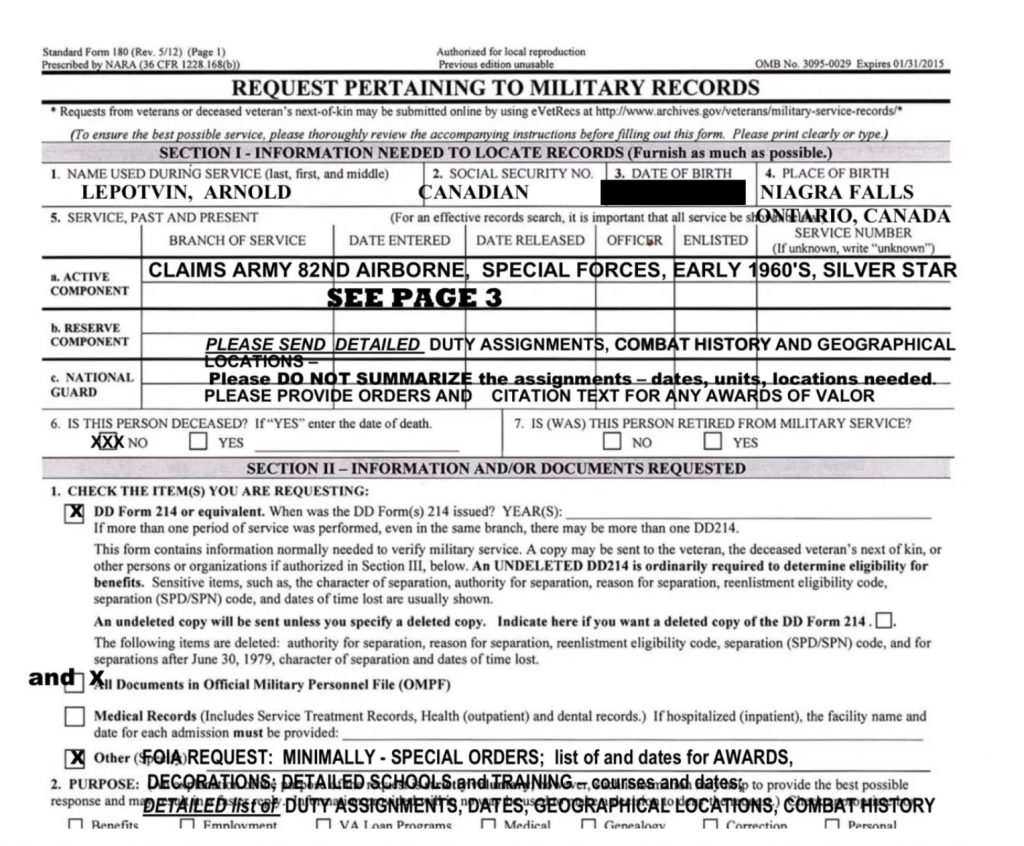 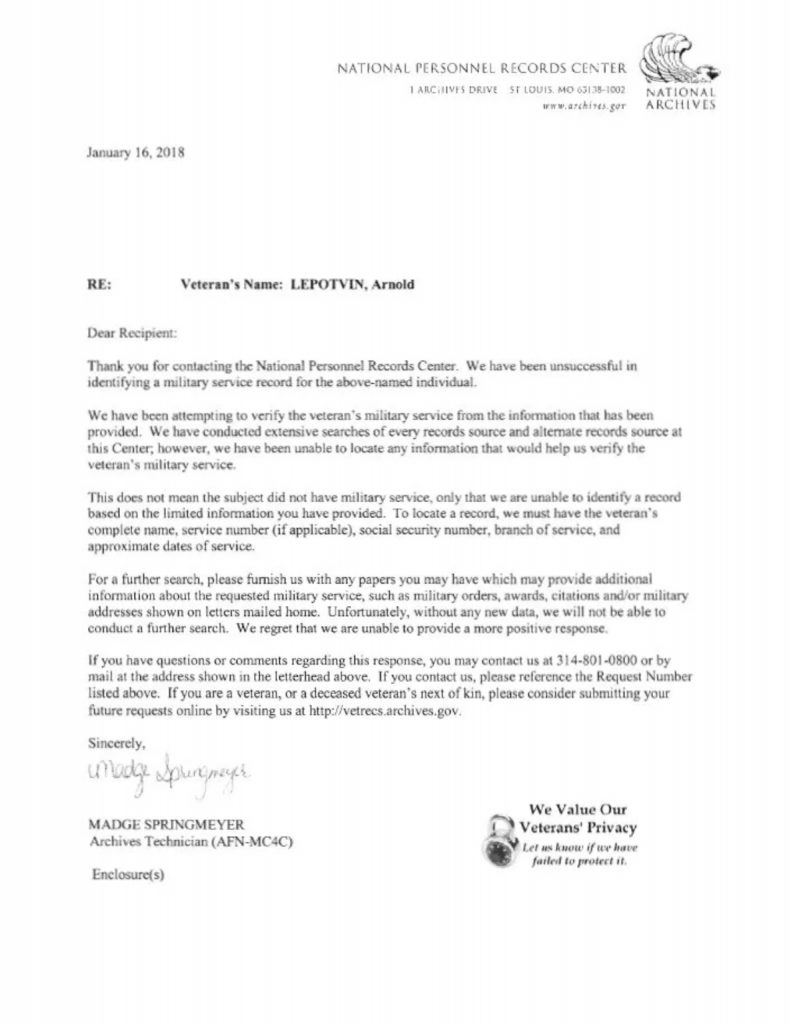 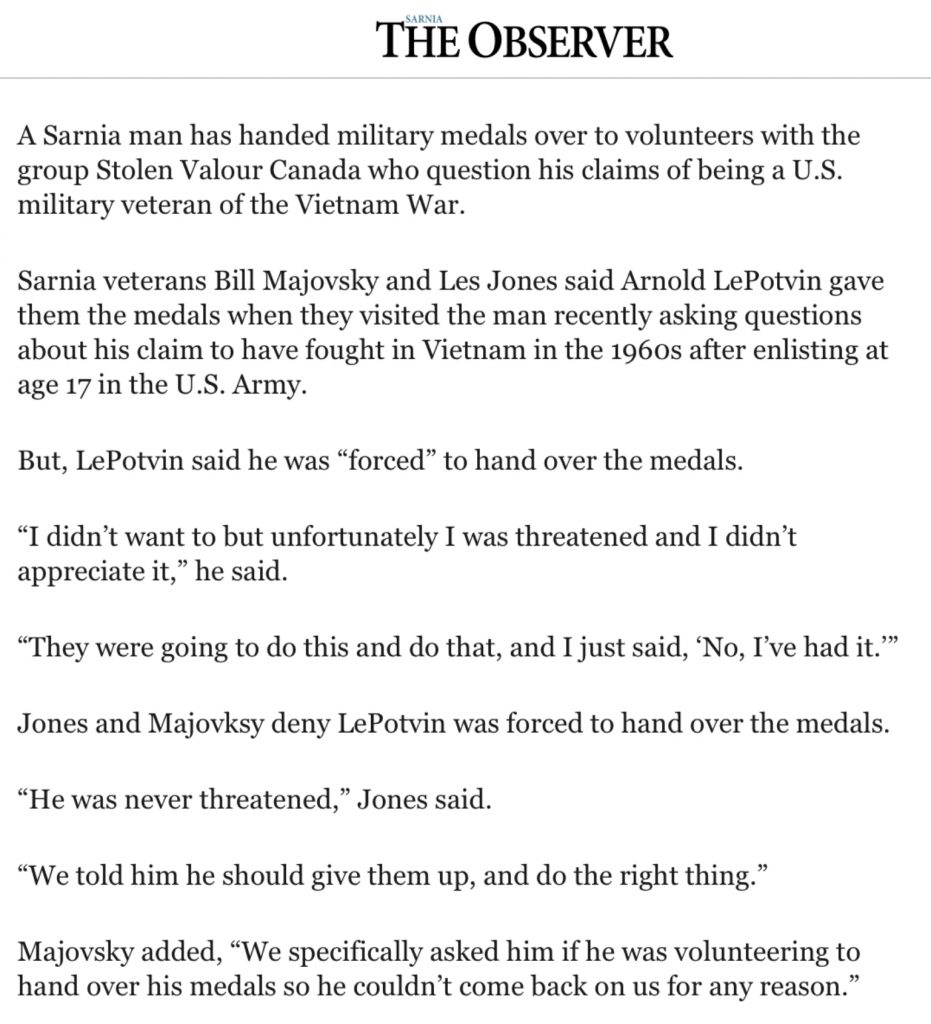 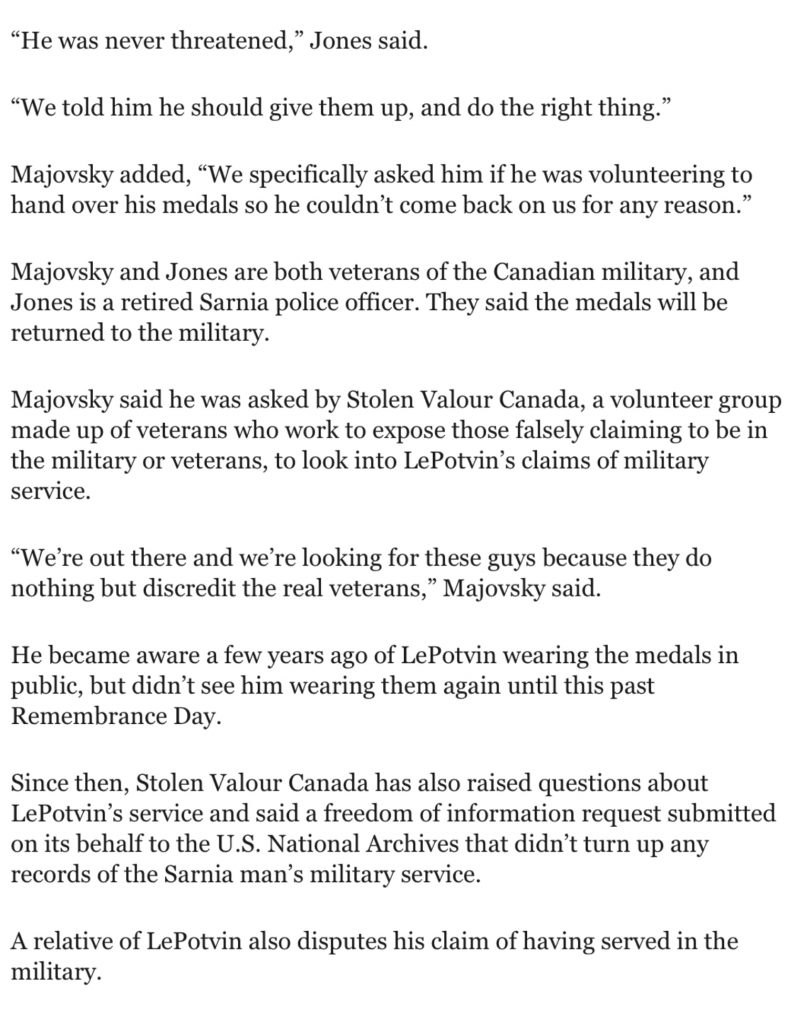 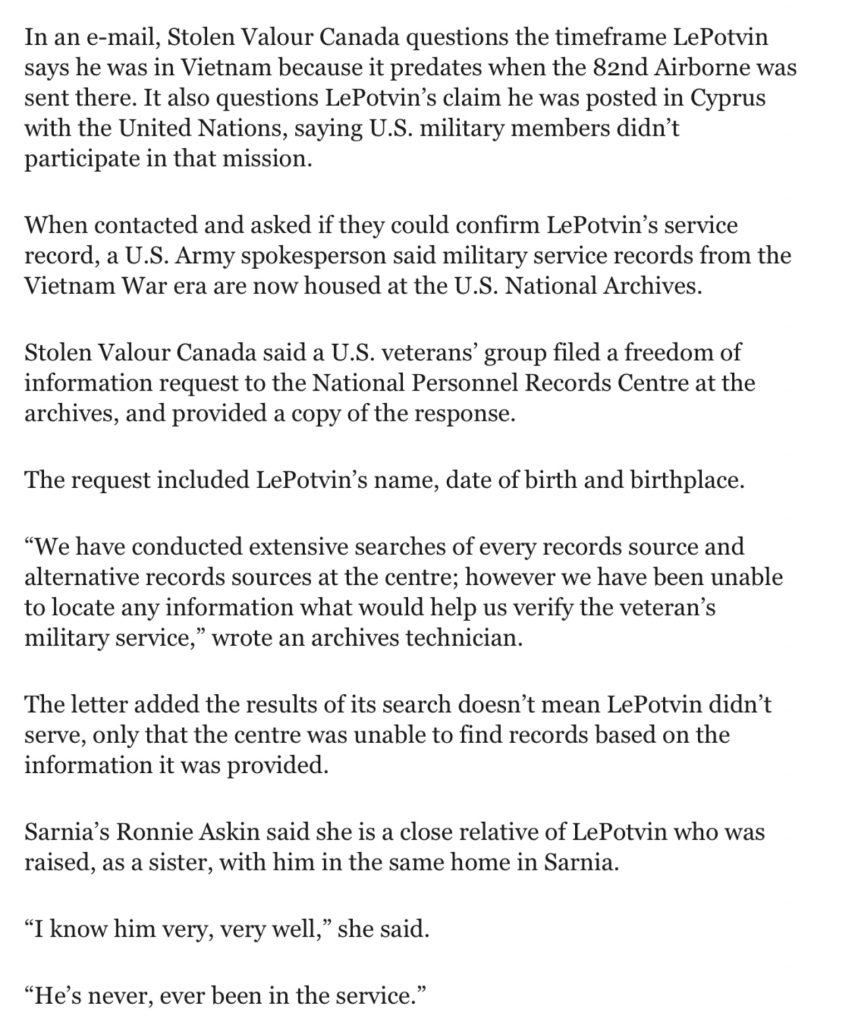 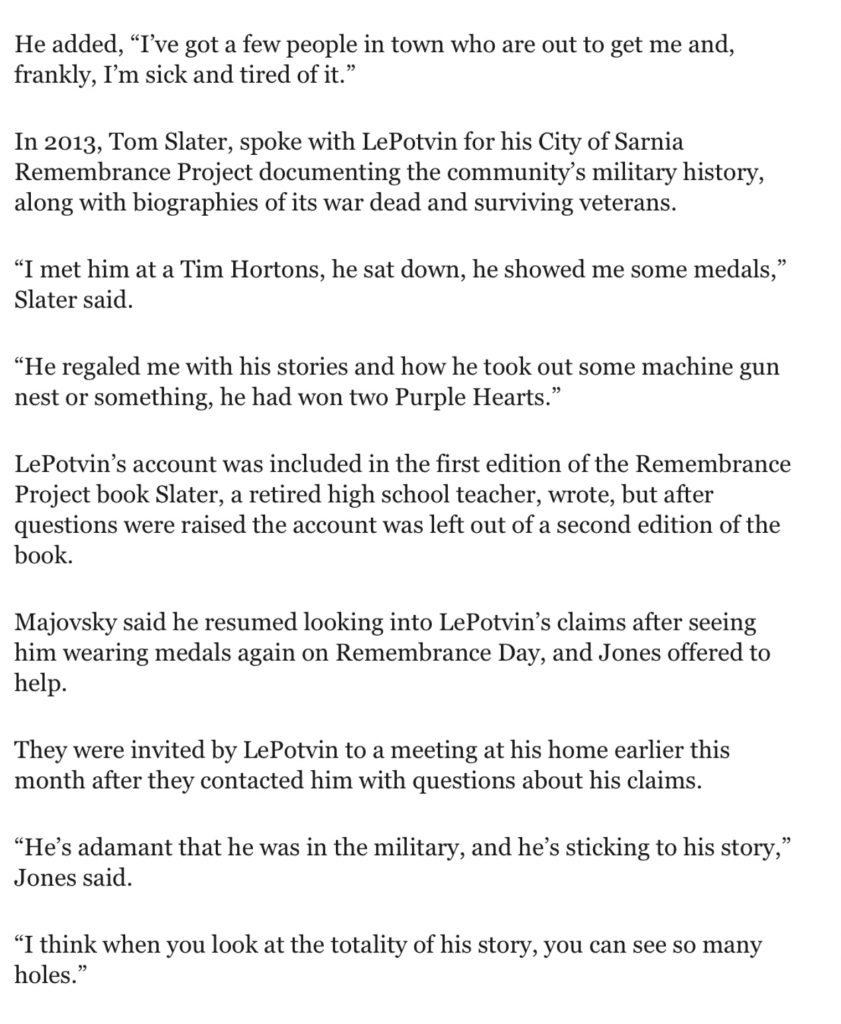 Mr LePotvin was encouraged, by members of the Sarnia Veterans Community, to surrender the bogus medals and apologize for his reprehensible actions.

He’s done the former, and we are still waiting for him to do the latter. Is that RCAF ink on his right forearm? Weird, as he was never a member of the CAF either….

For additional information on this file, visit http://thisainthell.us/blog/?p=77434