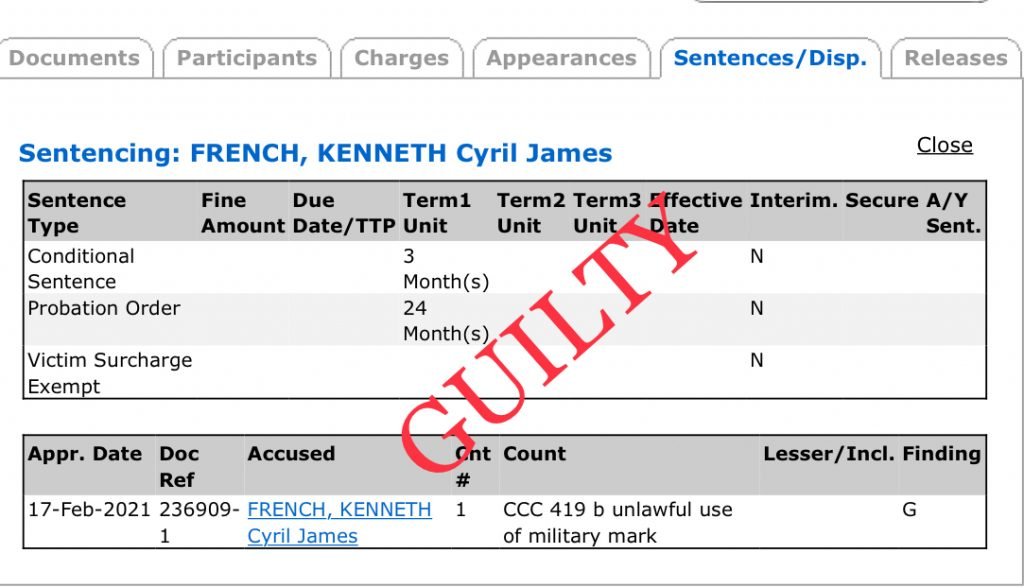 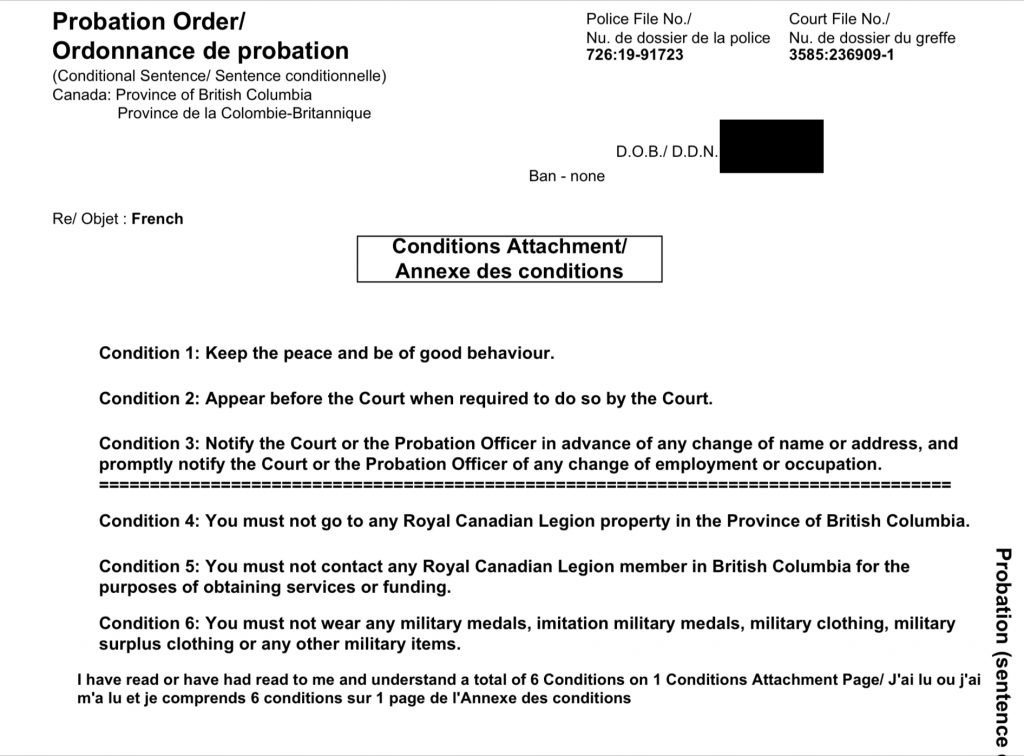 Mr Kenneth “James” FRENCH has been making false claims of military service for at least a decade. In a recent newspaper article, he is pictured wearing a most interesting group of medals including the Sacrifice Medal, the General Campaign Star (South West Asia), the Persian Gulf & Kuwait Medal, the Special Service Medal & the Canadian Forces Decoration. (1)  The Sacrifice Medal, awarded to CF personnel Wounded in Action or posthumously for those Killed in Action. This medal was created in 2008 and  is retroactive to 2001. Mr French says he served in the CF until 1999 therefore, he cannot be a legitimate recipient of that medal.

(2) The Persian Gulf and Kuwait Medal awarded for service during Gulf War 1 (1990-91). The 3rd Battalion RCR, then based in Germany, was deployed to Bahrain / Qatar as a defence / security force for the headquarters and the airfield. However, French is a complete unknown to that group of Royals. He is also unknown to the members of the 1sr Battalion RCR tasked with the defense and security of 1 Canadian Field Hospital.

(3)  The General Campaign Star (South West Asia) was created in 2004 and first awarded later that year, it is not a retroactive award, and again French claims his military service had concluded prior to this mission.

(4)  The Special Service Medal (SSM) recognizes a multitude of missions and is ALWAYS awarded with a clasp detailing the operation – PEACE/PAIX, ALERT and NATO are the most common. Of note, there is no clasp on the SSM he’s wearing.

(5) Lastly, the Canadian Forces Decoration (CD) is a long service and good conduct medal, it requires 12 years of honourable service. By his own admission, he has only 10 years of military service.

Typically, posers, fakes and embellishers are exposed due to their difficulty understanding recorded history and simple arithmetic.

We remember the blood, sweat and tears that it took to earn a piece of metal attached to coloured ribbon, a strip of cloth or an embroidered badge, and that is why we get somewhat emotional about them.  Stolen Valour Canada does not take our mission lightly. We are absolutely dedicated to finding posers where ever they may be and making sure that they are stopped from sullying the memory of Canada’s service men and women. For an individual to wear the Sacrifice Medal, without the making the requisite sacrifice is an absolute insult to our wounded and fallen.

These reprehensible acts should be punished to the fullest extent of the law.