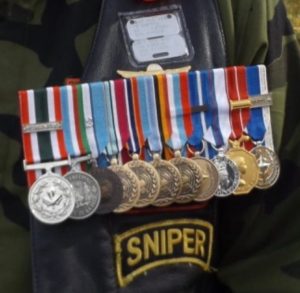 From a friend of SVC

“This came up as a memory this morning. It still holds true as they keep coming out of the wood work.

I copied and pasted instead of sharing as I had to do some editing.

With American Sniper coming to theatres there will be an influx of fake snipers. I’m going to go into my Don Shipley impersonation. If he can do it for Navy SEALS I can do it for Canadian Snipers and at 53 I still have enough hair to pull it off and I sport a decent beard like Don too.

After my buddy XXXXX barked off that crazy long distance shot sending some Taliban flunky to paradise we started to see an influx of “Snipers”.  These guys would pop up at pubs. Legions and Veteran organizations. I have seen a ton of guys walking around wearing a sniper tab on a motorcycle vest, few legit, most not.

Some basic math here.  When I squeaked by passing my course by the short hairs of my ass and received the qualification, with the addition of the 8 from 9201, that brought the total of qualified Snipers in the CF up to 44. That is all.

44 snipers spread across three Regiments.  During this time the shit show in the Balkans was going on and the value of Snipers was recognized so the Army increased the number of courses it was running to accommodate the need.

Attrition rates on courses vary, most graduate 50% or LESS of the Candidates and there was one course that graduated only one. Another course was over half way through the time allotted  because everyone failed.

At one veteran motorcycle Poker run there was a chance encounter where there were three of us in one location. That is rare. On Remembrance Day I happened to run into another young man who held the qualification.  He was legit.

After we did the sniff test and asked each other a barrage of bizarre random questions that only a qualified Sniper would know the answers to, we started to shoot the shit. By his best guess there are less than 200 qualified Snipers in the Canadian Army at this time. The number is neither accurate or verified but is believable.

Point is that there are not very many of us out there and chances of meeting a qualified Sniper are pretty damn slim. The fact is you are more likely to meet a CF 18 pilot than a sniper.

Without giving too much away basic alarm bells are.

1-If they aren’t or weren’t Regular Force they aren’t a Sniper.  The course is only open to the Regular Army. If a Reservist holds the qualification he was Regular Army and got it then.

2-If they are not Infantry they are not eligible for the course. You must also be Basic Reconnaissance Patrolman qualified as a prerequisite. The Sniper course is not open to other trades.

3-There were guys employed in Sniper type roles with the C3-A1 rifle that did not hold the qualification.  They are SHARPSHOOTERS, not Snipers.  To be a Sniper you must pass the course and gain the qualification.

4- If they are currently employed as a Sniper they aren’t telling a total stranger in a bar that they are a Sniper. Once guys are released or retire they will probably tell people they know. I have been out of the game so long no one gives a rat’s ass that I was a Sniper. It is a hard course and a difficult accomplishment and those who get it are proud of the fact.

If anyone bumps into one of these clowns send them to me and I will happily prove or disprove them.

With social media in our close knit community it takes less than 30 minutes to verify or disprove a claim.”

And, then there’s this unrepentant sack-o-crap. Jack Proulx is our favourite kind of fake sniper / embellisher. Petulant, resentful, accusatory and unapologetic… 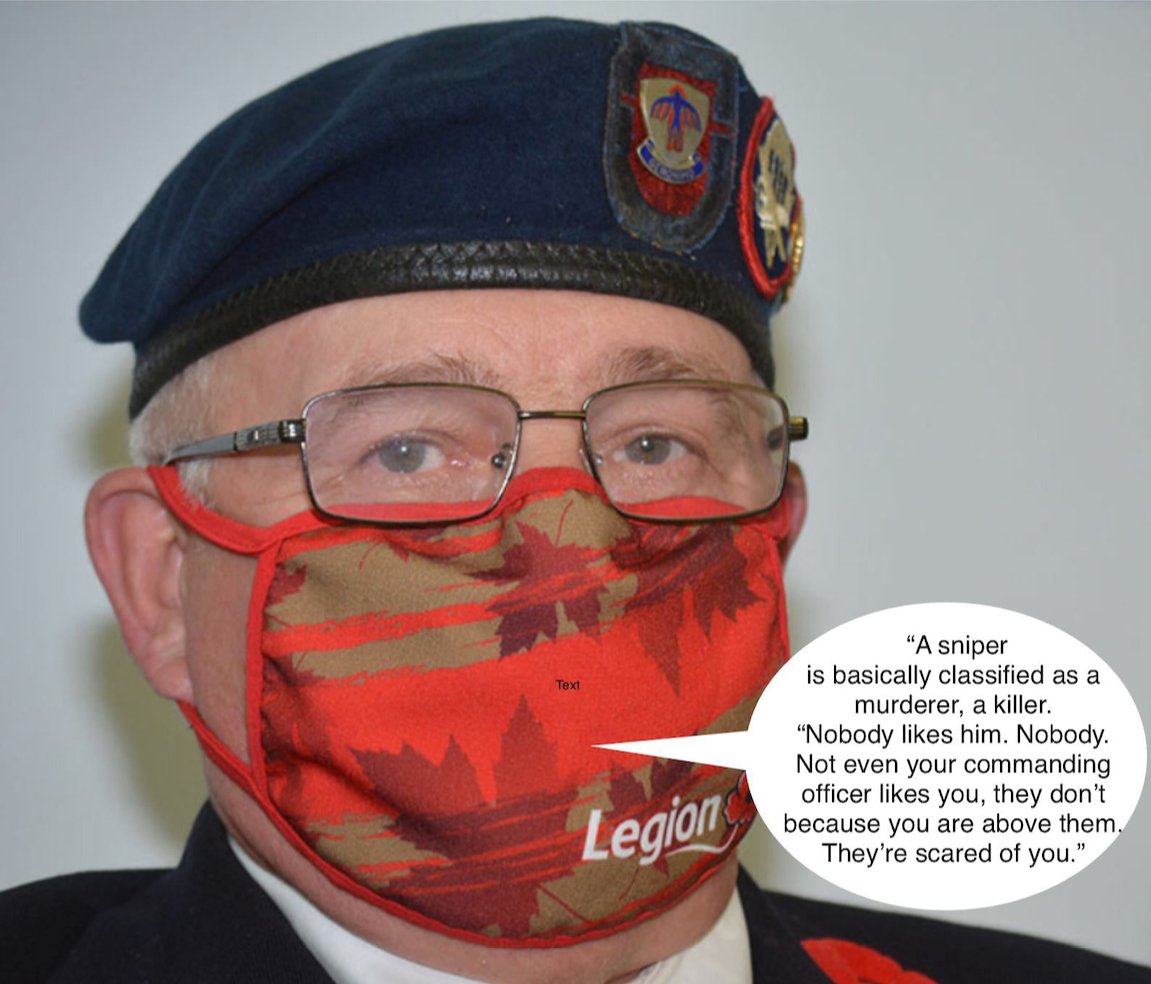 He’s no “Lông Trắng / White Feather” but, he’ll tell ya that he was even more deadly than Gunny Hathcock… #amateurhour https://www.stolenvalour.ca/2021/01/15/jack-proulx-sole-survivor-dude/