Over the past several years SVC has received dozens of complaints of fraudulent and most likely criminal wear of medals and military insignia by Sudbury area residents.

We’ve also heard the military themed fairy tales from jungle fighters, sole survivors, Prince Philip’s bodyguard, prisoners of war and even a participant in a secret firefight involving the Royal Newfoundland Regiment against Hezbollah on the slopes of Golan Heights… 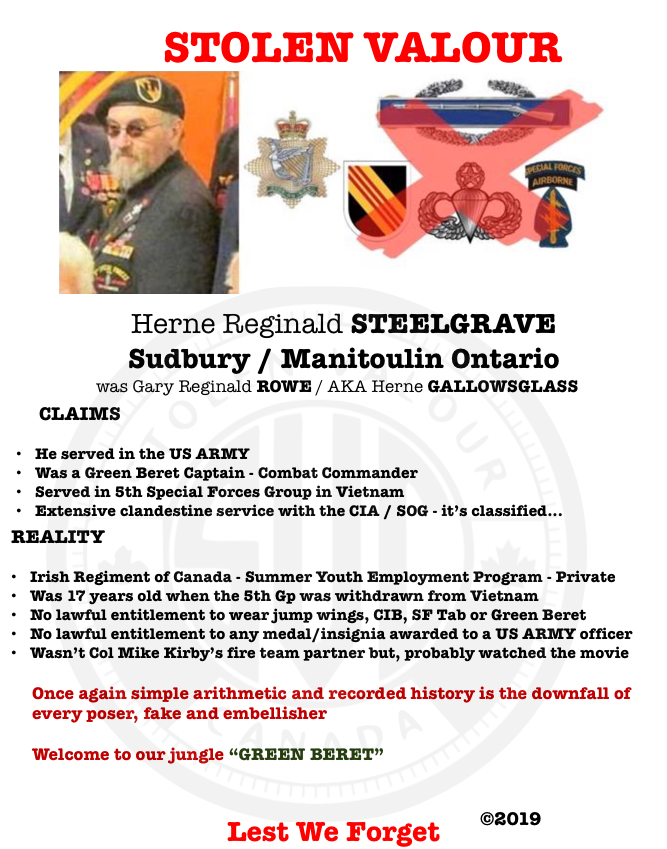 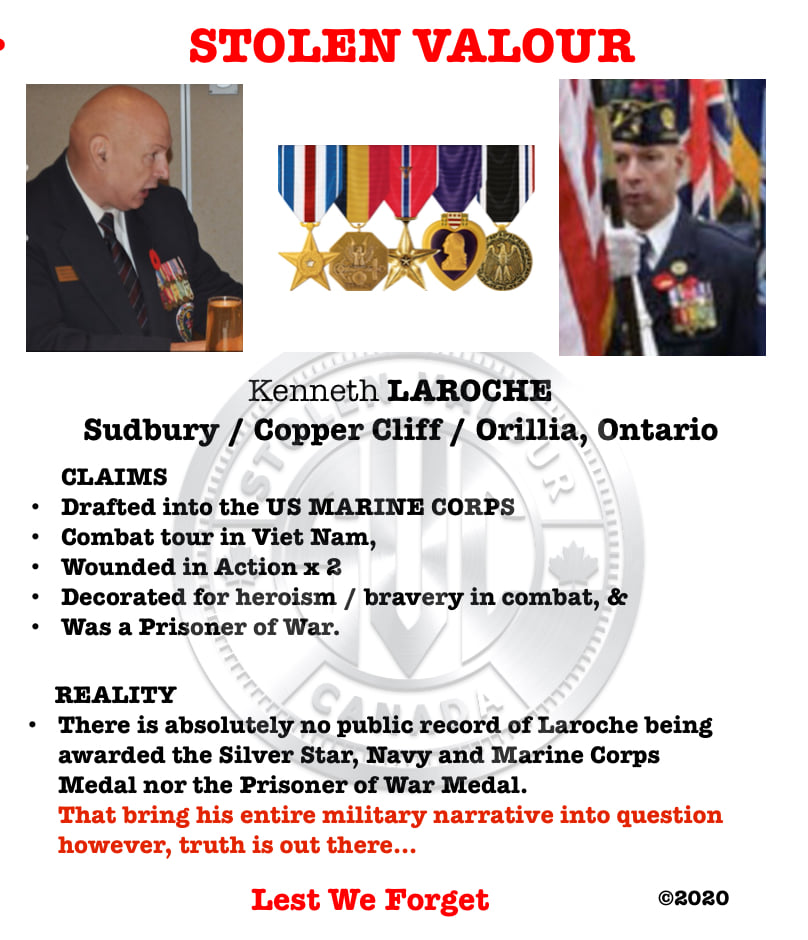 With absolutely no appetite shown by the area police departments in pursuing criminal charges under s419 of the Criminal Code of Canada, concerned veterans have discretely contacted the many individuals who were wearing unearned medals and insignia and successfully negotiated the surrender the items for appropriate disposal action. 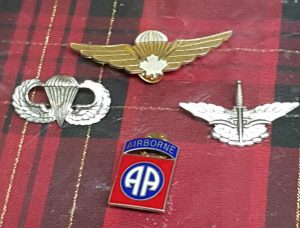 This met the SVC goal of separating the individuals from the items that they had no entitlement to wear however, many high profile, stolen valourists continue their live action role playing / medal wear with impunity. 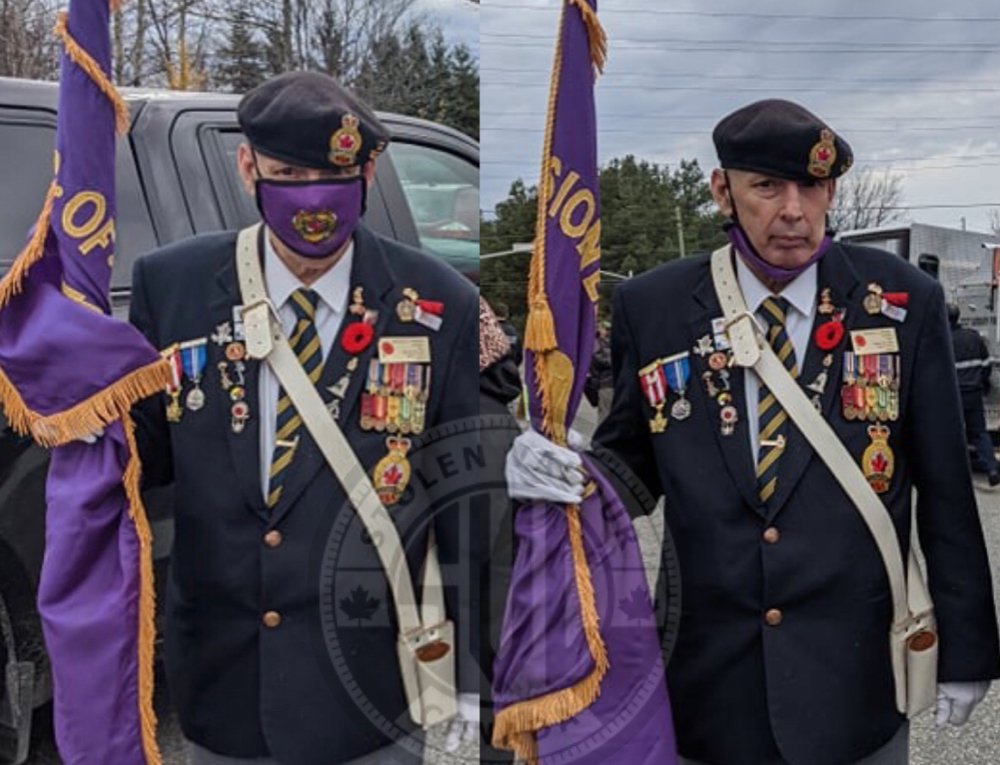 Who is providing top cover to fake Vietnam POW Kenneth Laroche and why?

Laroche claims to be a highly decorated US Marine and Vietnam POW is connected with a number of so called veterans support group. He has been active with the War Pensioner’s Canada (WPC), he routinely carries their organizational flag in parades and has been a frequent flyer on our media platforms.

There have been others who have been showcased for their medallic fuckery™️ yet, despite their exposure as fakes, posers and embellishers they continue to insult the service and sacrifice of our wounded and fallen by juicing up their military themed fairy tales with unauthorized US military medals or privately purchased fantasy medals that lack any official standing.

Now, an embellisher and military fantasist who is regularly featured in the local press has resurfaced. His claim to fame – service with the US Military during Op Urgent Fury, the invasion of Grenada in 1983. 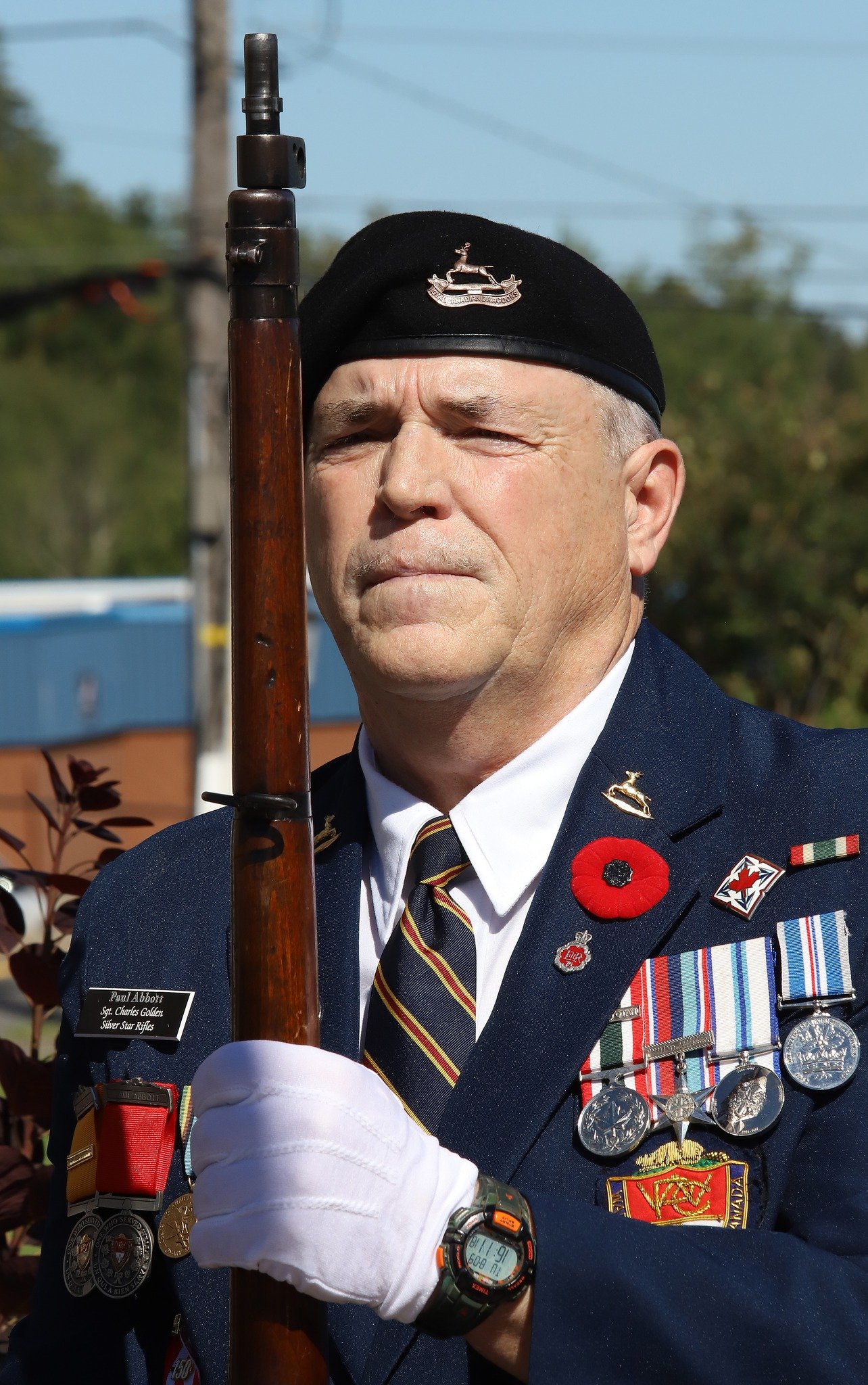 Ex Corporal Paul Abbott has been showcased as a “super special soldier” who routinely crows his combat service in Grenada.  Disgustingly, he continues to participate in military themed events while fraudulently wearing the US Armed Forces Expeditionary Medal (non-US service personnel are ineligible to receive US campaign medals) and Combat Infantry Badge as a member of the Royal Canadian Legion and the Sgt Charles Golden “Silver Star” Rifle Team.

Why do the so called leaders of Sudbury area veterans organizations permit posers, fakes and embellishers to be members of their groups? Perhaps, a deeper dive into their membership is warranted? 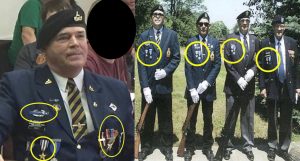 The Silver Star is the US military’s 3rd highest decoration for valour in combat. Why are these military fantasists wearing it?