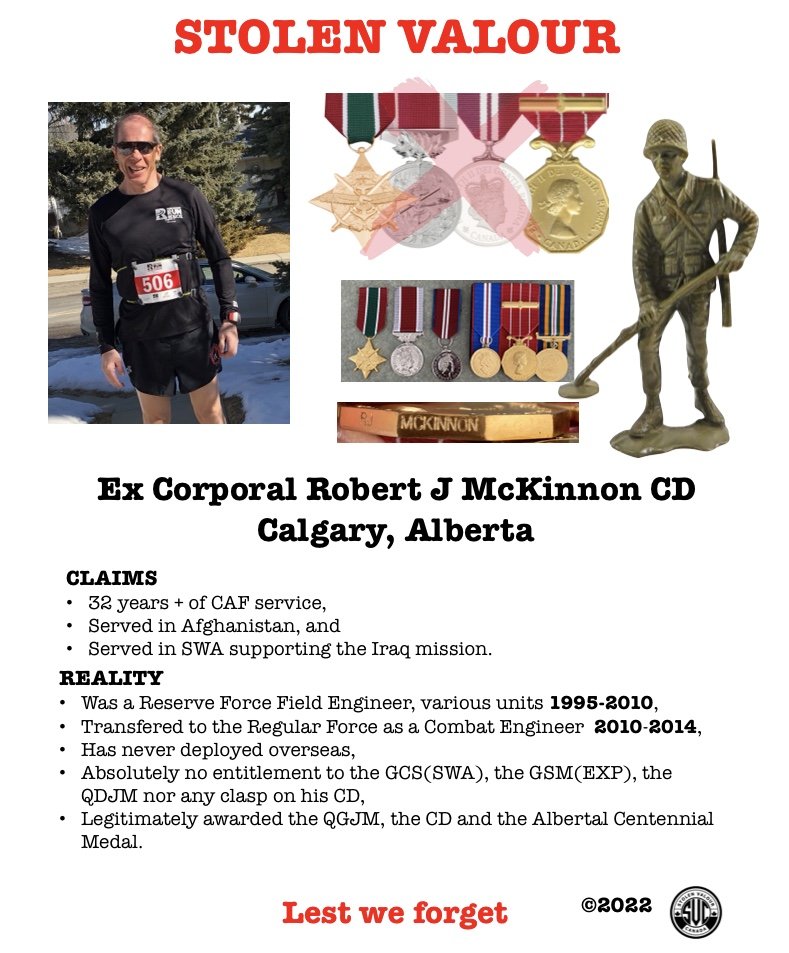 Ex Corporal Robert J McKinnon first came to our attention in the Spring of 2022 and has been shopping his trinkets around to medal mounting companies in an attempt to juice up his 3 x legitimately awarded medals with un-named, store bought replicas and junk British commemorative medals.

No surprise that he wouldn’t / couldn’t produce his MPRR or any other documentation when the medal mounter requested to confirm his medallic entitlement. The questions were asked after it was discovered that the group contained medals that should have been named and weren’t.

Thanks to the professionalism of the Calgary area medal mounting community, who are protecting the integrity of the honours system, this poser isn’t having any success in preparing his Remembrance Day embellishments.